Within VIM to ignore case the following is used, :set ic To revert back to case-sensitive searches use, :set noic

In this extremely short article we will provide you with the steps required to make the width of a single TAB only 4 spaces wide. This especially useful when using Visual Mode within VIM , in that you can indent large portions of text. Steps Within your ~/.vimrc file add the following lines. set shiftwidth=4   … Read more

Issue When using scp to copy a file the file fails to transfer, however there is no error message. Solution This issue can occur due echo commands within your .bashrc and how the scp program handles the output from these commands. This is a known bug within scp which can be viewed here. To resolve this … Read more

Within this article we will looking at the steps required to tab multiple lines within VI.This feature is great for ensuring readability, when editing indent based languages such as Python or just programming in general. Steps Press “<SHIFT> + v” to enter VISUAL LINE mode. Select the text you wish to indent but using either … Read more

Tcpdump is a packet capture for the Linux command line. This is by no means a full guide but a quick overview of some of the main commands. The syntax below will capture all traffic with IP address of 172.16.1.1 and and IP in the network 172.16.1.0/24 with a port of udp/53. This will write … Read more

Tcpdump is a packet capture for the Linux command line. This is by no means a full guide but a quick overview of some of the main commands. The syntax below will capture all traffic with IP address of 172.16.1.1 and and IP in the network 172.16.1.0/24 with a port of udp/53. This will write … Read more

In order to grep for a TAB you would need to you use the following syntax, [[email protected]~]# grep $’\t’ file.txt

Below are some of the common uses and commands for sed that I have come across over the years, Find and Replace sed -i ‘s|arp|/sbin/arp|g’ /etc/init.d/proxyarp Find and Delete sed -e ‘/^$/d’ file.txt Remove Multiple words This will remove word, word1, or word2 from the file input.txt sed ‘s/word\|word1\|word2//g’ input.txt Change the first instance on … Read more

To add a interface you need to do the following,   1. Confirm what the mac address is by running ifconfig -a  2. Then edit the relevant script , which can be found at /etc/sysconfig/network-scripts/ifcfg-eth0. The script can be ifcfg-eth1, ifcfg-eth2 etc etc.  3. And it should look something like this (for a static IP), … Read more

In order to mount a hard drive we need to add an entry to the file /etc/fstab. This entry will allow us to not lose our drive mounting after a system reboot. /dev/sdb1       /mypartition       ext3    defaults        0       0 Then to action the changes run the following command, [email protected]:/# mount -a Finally check that the drive … Read more

Below will grep for all files containing the word ssh at the beginning of the line. The BOL symol is ^.  grep -r ^ssh /etc

Here’s a quick overview of Syslog, there’s much more to it and you can find tons more information in the links at the bottom of the page. Syslog stands for the System Log protocol. It allows for the sending and receiving of event messages and alerts across an IP network. Operating on either UDP or … Read more

Want to become a UNIX expert? 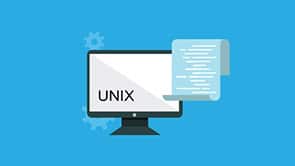 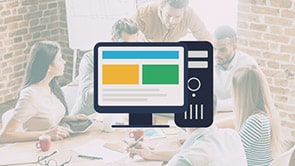